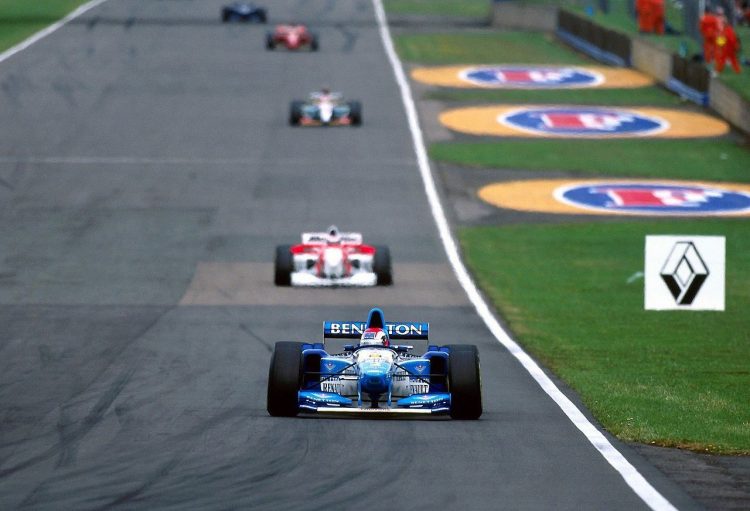 Johnny Herbert ranks up his first Formula One win in the 1995 British Grand Prix, driving a Benetton B195.

The main rivalry was between Benettons Michael Schumacher and Williams Damon Hill, but the two drivers collided during heavy battling and had to retire. This opened up a fight between Mr. Herbert and David Coulthard, which eventually was won by Herbert after Mr. Coulthard had a stop-go penalty.