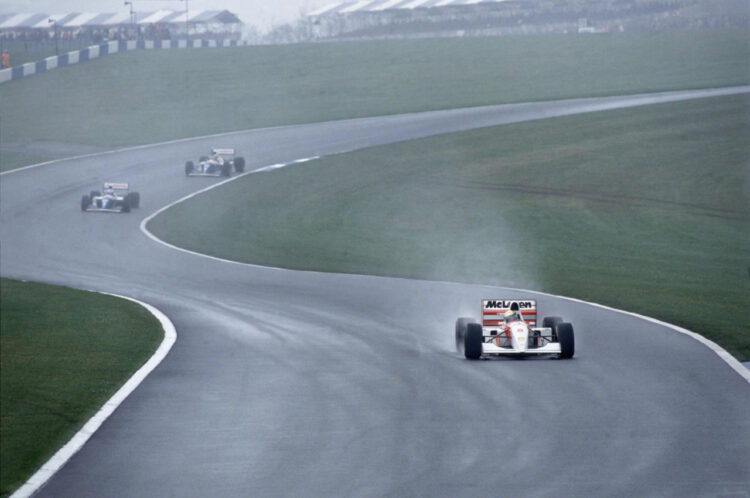 Ayrton Senna did one of the greatest first laps in Formula One history; going from fifth to first during the European Grand Prix in 1993, and later won the race. Having qualified for fourth, Senna dropped to fifth after Michael Schumacher blocked him in the first corner. He then began the chase, passing Schumacher, Karl Wendlinger, Damon Hill and Alain Prost before entering the second lap.

Senna also set the fastest lap by going through the pits without stoping, since the entry was before the last hairpin. It was his last fastest lap of his career.