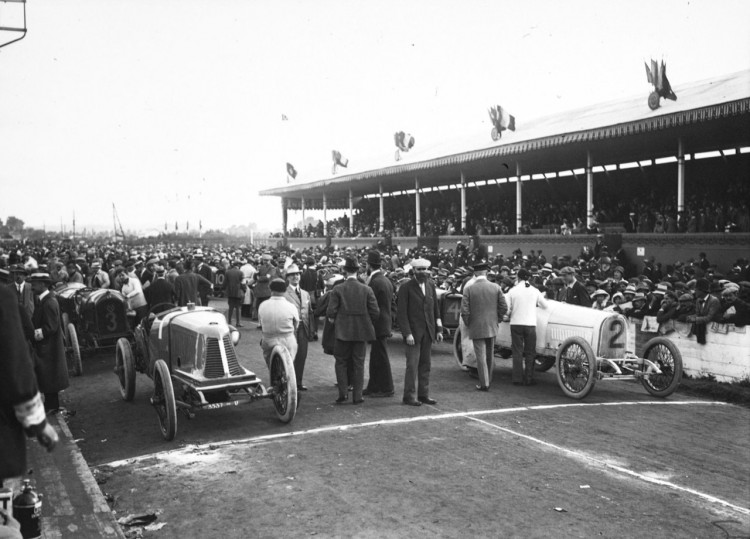 The grid of the 1914 Grand Prix de France. This would be the last Grand Prix till after the war, taking place roughly one week after the assassination of Archduke Franz Ferdinand, with 37 entrants from 14 manufacturers and 300 000 spectators.

The Grid Of The 1914 Grand Prix De France #Raceday