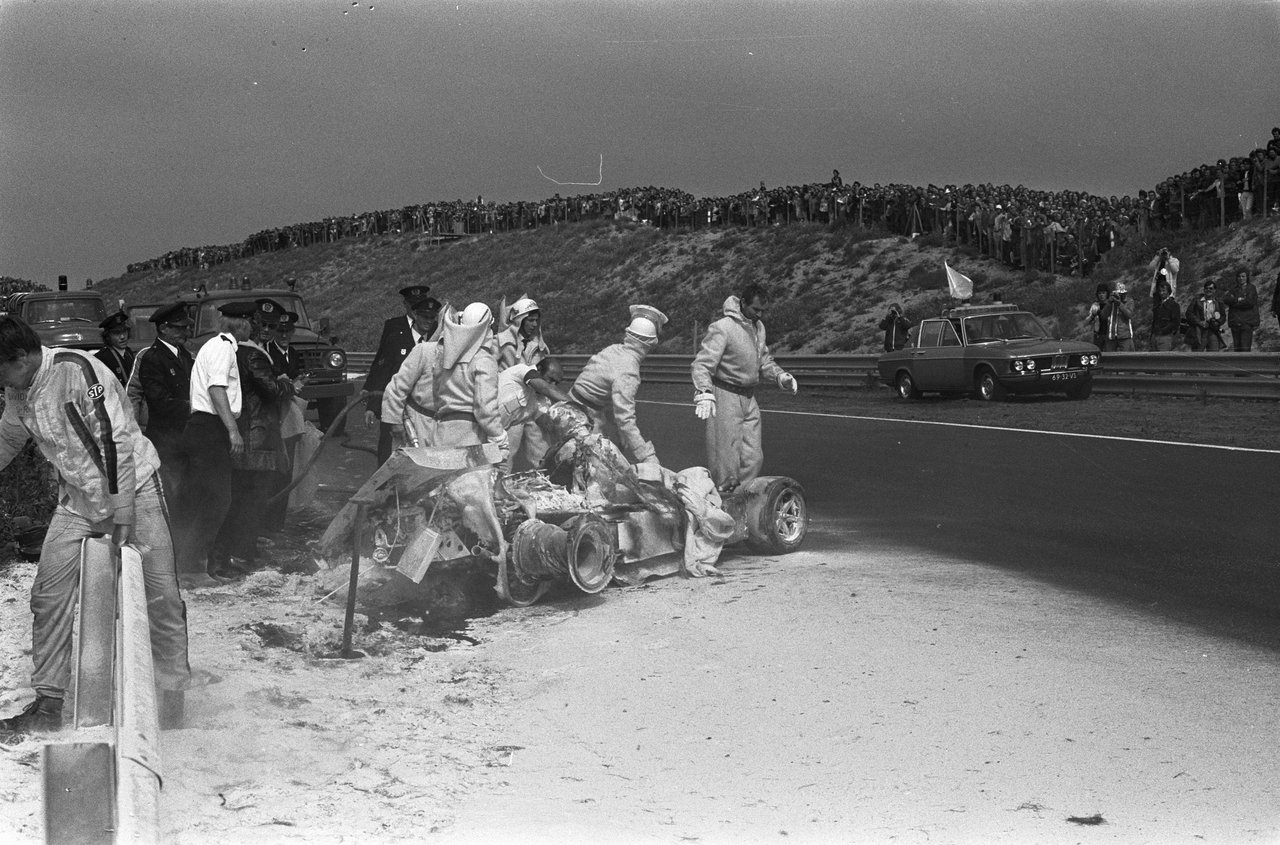 On the 8th lap of the race through the high speed esses near the Tunnel Oost (East Tunnel) right-hand corner, a suspected tyre failure caused #Williamson’s car to pitch into the barriers at high speed, and be catapulted 300 yards (275 m) across the track, eventually coming to rest upside down against the barriers on the other side. The petrol tank had ignited whilst being scraped along the track, and the car caught fire.

#Williamson had not been seriously injured by the impact, but was trapped in the car. The race was not stopped and continued with a local yellow at the scene, a fact which would become significant over the next few minutes.