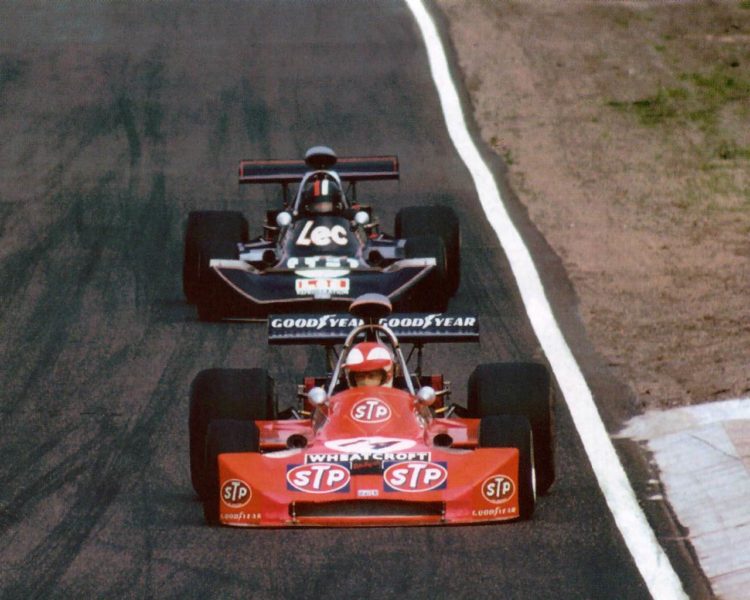 The petrol tank had ignited whilst being scraped along the track, and the car caught fire. #Williamson had not been seriously injured by the impact, but was trapped in the car. The race was not stopped and continued with a local yellow at the scene, a fact which would become significant over the next few minutes. Fellow driver David Purley almost immediately pulled his car over on the opposite side of the track, then ran across the live racetrack to assist him. #Williamson was heard shouting to Purley to get him out of the car as Purley tried in vain to turn the car upright. There appeared to have been ample time to right the car and pull #Williamson out, but as desperately as he tried, Purley was unable to do it by himself, and the marshals, who were not wearing flame retardant overalls, were unable to help due to the intense heat. Race control assumed that it was Purley’s car that had crashed and that the driver had escaped unharmed. Many drivers who saw Purley waving them down to stop assumed that he was trying to put a fire out from his own car, having safely exited it, and thus did not know that a second driver had been involved. As a result the race continued at full pace while Purley desperately tried to save the life of #Williamson. There was only a single fire extinguisher in the area, and it was not enough to put out the fire. With the car still burning upside-down, the situation became hopeless, and the distraught Purley was led away by a marshal. Some spectators, appalled at #Williamson’s plight, tried to breach the safety fences in order to assist #Williamson, but were pushed back by track security staff with dogs. With the race still on, it took some eight minutes for a fire truck to completely travel around the circuit with the flow of race traffic. By the time the car was eventually righted, and the fire extinguished, #Williamson had died of asphyxiation. A blanket was thrown over the burnt-out wreck with #Williamson still inside, and the race carried on. Purley was awarded the George Medal for his brave actions in trying to save his fellow sportsman.