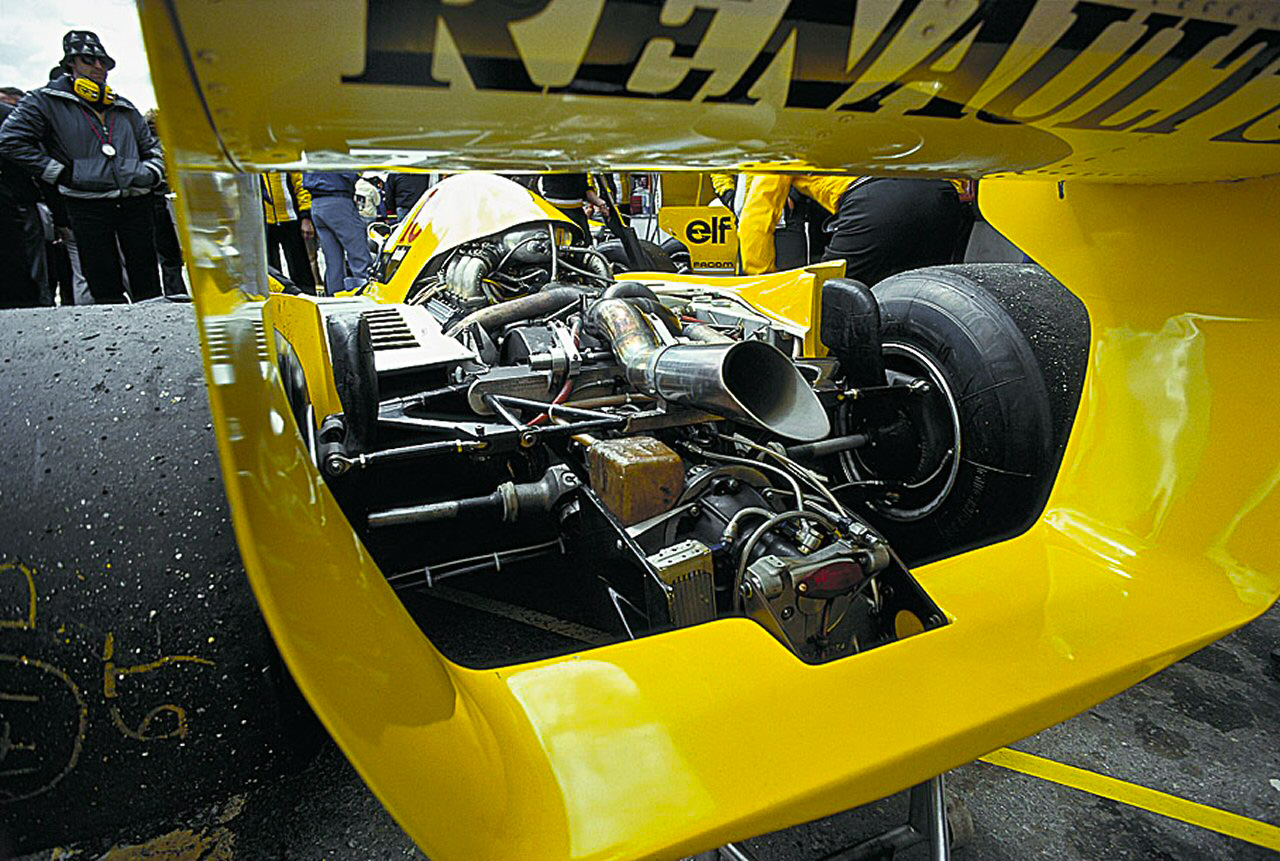 Renault RS01 – Renault V6 (t/c)The Renault RS01 was the first F1 car to be powered by a turbocharged engine. Designed by André de Cortanze and Jean-Pierre Jabouille, it first appeared at the

1977 British Grand Prix. The rules of F1 at the time permitted 3.0 litre engines of natural aspiration, with a clause for a 1.5 litre supercharged or turbocharged engine. None of the teams had pursued this avenue, and stuck to #Ford Cosworth DFV engines, whilst #Ferrari, #Matra and #Alfa Romeo concentrated on developing Flat-12 engines for their cars, and their customer teams of Ligier and #Brabham. Renault decided to develop a 1.5 litre turbocharged engine, and a car to accompany the powerplant. To begin with the car was chronically unreliable and earned the nickname ‘the yellow teapot’ from rival teams, but Jabouille and the team pressed on throughout the rest of

1978 until they brought the car home to its first points, a fourth place at the

1978 United States Grand Prix at Watkins Glen. The car had been developed so much it barely resembled the chunky machine that it had been when it first appeared, and the team’s performance had picked up throughout the season. Reliability had started to be found, and the yawning turbo lag had been overcome by using twin turbochargers. The RS01 started the

1979 season for team and Jabouille used the car to score the first pole position for a turbo car at Kyalami. Within three years most of the other teams would begin adopting turbochargers for themselves.