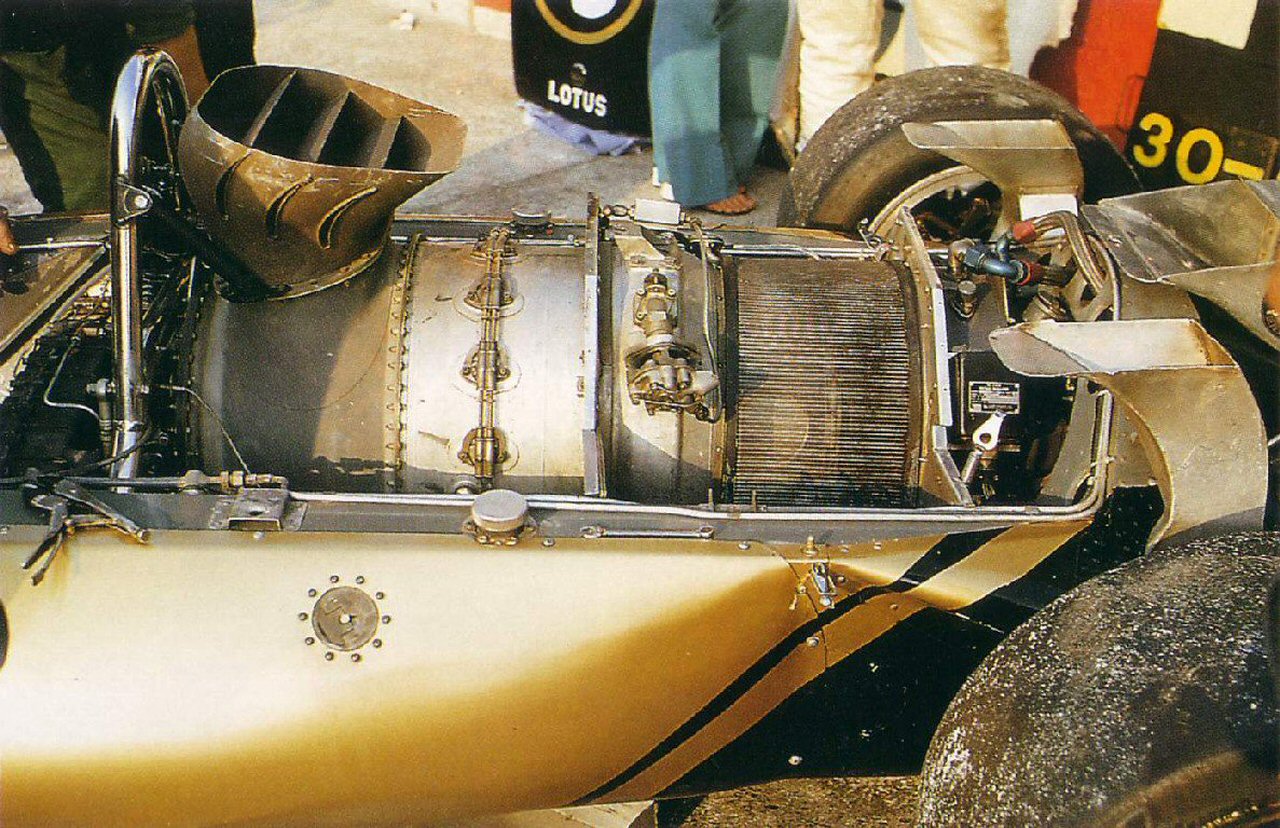 About the #Lotus 56B and his “special” engine:The #Lotus 56 was a racing car, designed by Maurice Philippe as Team #Lotus’

1968 entry in the Indianapolis 500, replacing the successful #Lotus 38. Colin Chapman developed the 56 as a potential F1 contender, part of his plan to have a single design to compete at both the Indy 500 and in Formula 1, but it was too heavy and never competitive. The car was designated as the 56B and Emerson Fittipaldi tried it in the

At Brands Hatch, during wet practice, the 56 was far and away the fastest car on the track, but the race was held in dry weather and the car was lost in midfield. At the Silverstone-based International Trophy, the car only lasted three laps of the first heat before suspension failure forced Fittipaldi’s retirement. Dave Walker ran the car in the Dutch Grand Prix, and had progressed from 22nd to 10th in five laps of the very wet track, before sliding off the road and into retirement. Fittipaldi used the car again in that year’s