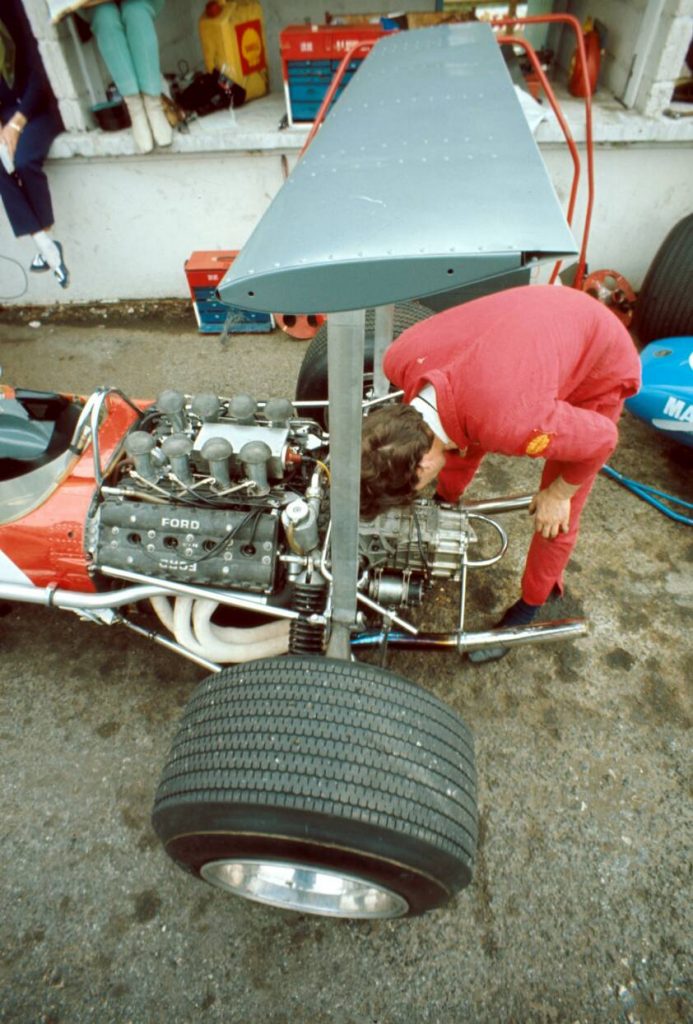 #Lotus 49B – #Ford Cosworth DFV The 49 was a testbed for several new pieces of racecar technology and presentation. #Lotus was the first team to use aerofoil wings, which appeared partway through 1968. Originally these wings were bolted directly to the suspension and were supported by slender struts.

The wings were mounted several feet above the chassis of the car for effective use in clean air, however after several failures which led to near fatal accidents, the high wings were banned and #Lotus was forced to mount the wings directly to the bodywork. 1968 British Grand Prix, Brands Hatch