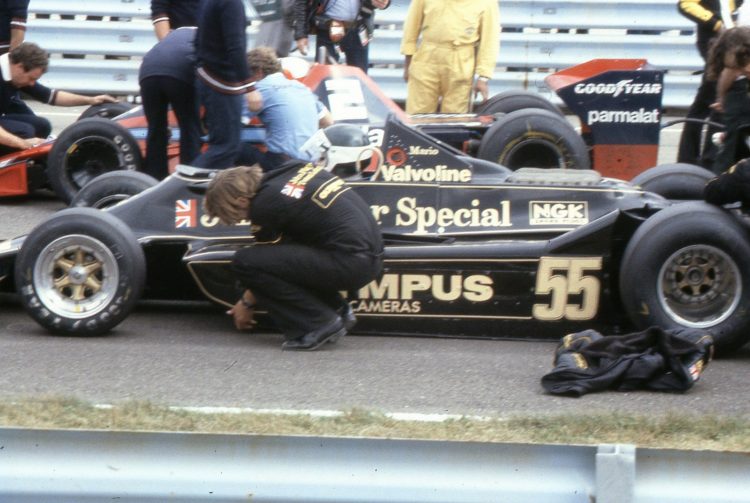 On Jarier’s right is John Watson in his #Brabham BT46. Starting USA that year, Jarrier replaced Ronnie Peterson who had died due to severe leg injuries suffered during a crash at the start of the previous race, in Italy.

There was a mess at Lotus at the US GP on Sunday. Mario had an axle failure and crash in Sunday morning warm up….with no time to test the backup car, he took Jarier car. Jarier then used Mario’s backup car for the race. Mario had clutch issues and retired with an engine failure. Jarier was running third late in the race when he ran out of fuel.

In the wake of Ronnie Peterson’s fatal crash at the 1978 Italian Grand Prix, this was the first use of the now standard procedure of having a specially trained medical team line up behind the cars at the start of the race and follow them for most of the first lap.

In this race, the Medical car hit a curb and was in the air for a short period of time.