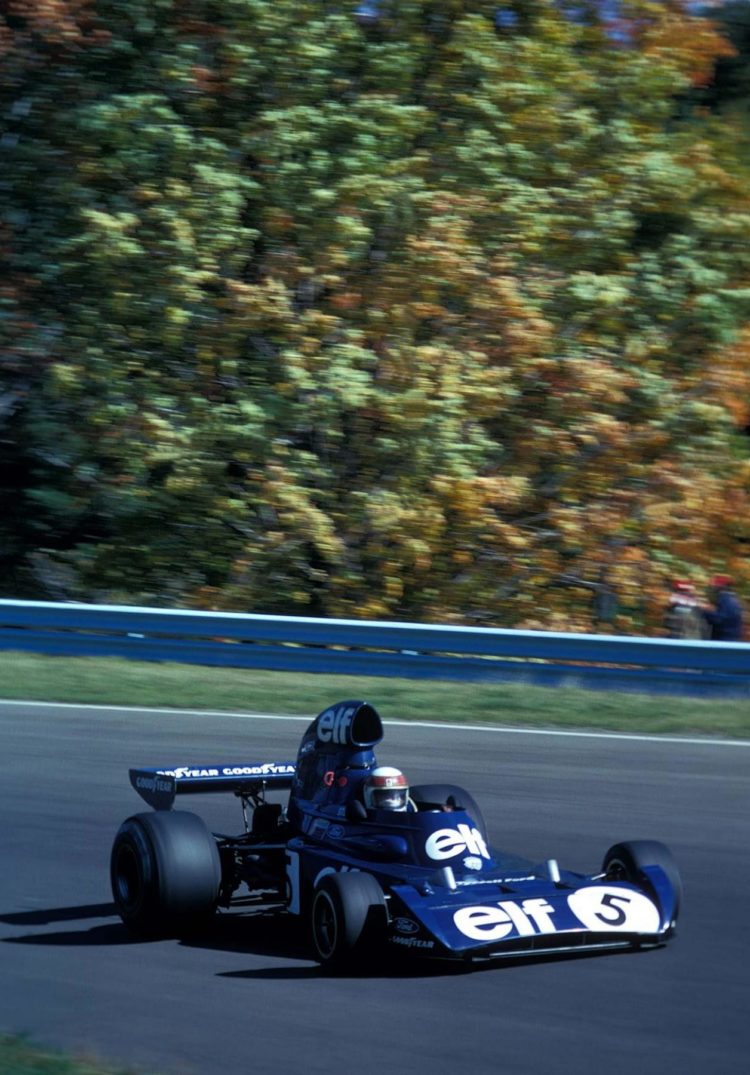 John Young “Jackie” Stewart (GBR) (Elf Team #Tyrrell), #Tyrrell 006 – #Ford-Cosworth DFV 3.0 V8 (DNS*)* – Jackie Stewart, at the final race of his carreer, decided not to start the race after the tragic death of his teammate and friend Francois Cevert. With just a few minutes left in the Saturday morning qualifying session, the track suddenly fell quiet.

Cevert had crashed violently in the uphill Esses heading onto the back of the circuit, between Turns Three and Four. Fighting the car as he went up the hill, Cevert ran too high on the kerbs and slid into the right hand guardrail. The car then lashed sideways across the track and struck the Armco on the left side of the track at 150 mph at an almost 90 degree angle. The nose of the car submarined into the ground, causing the car to flip upwards on over the barrier, coming to rest upside down on top of the Armco. Jody Scheckter’s #McLaren was close behind, and he stopped and rushed over to help Cevert out of the car, but Cevert had died instantly. Ken #Tyrrell had lost a great driver and Jackie Stewart an outstanding teammate at the circuit where Cevert had taken his only Grand Prix win. “It was a horrendous accident which took the life of a wonderfully charming, personable, handsome young man, who was a tremendous friend to both Helen and me,” Stewart said.