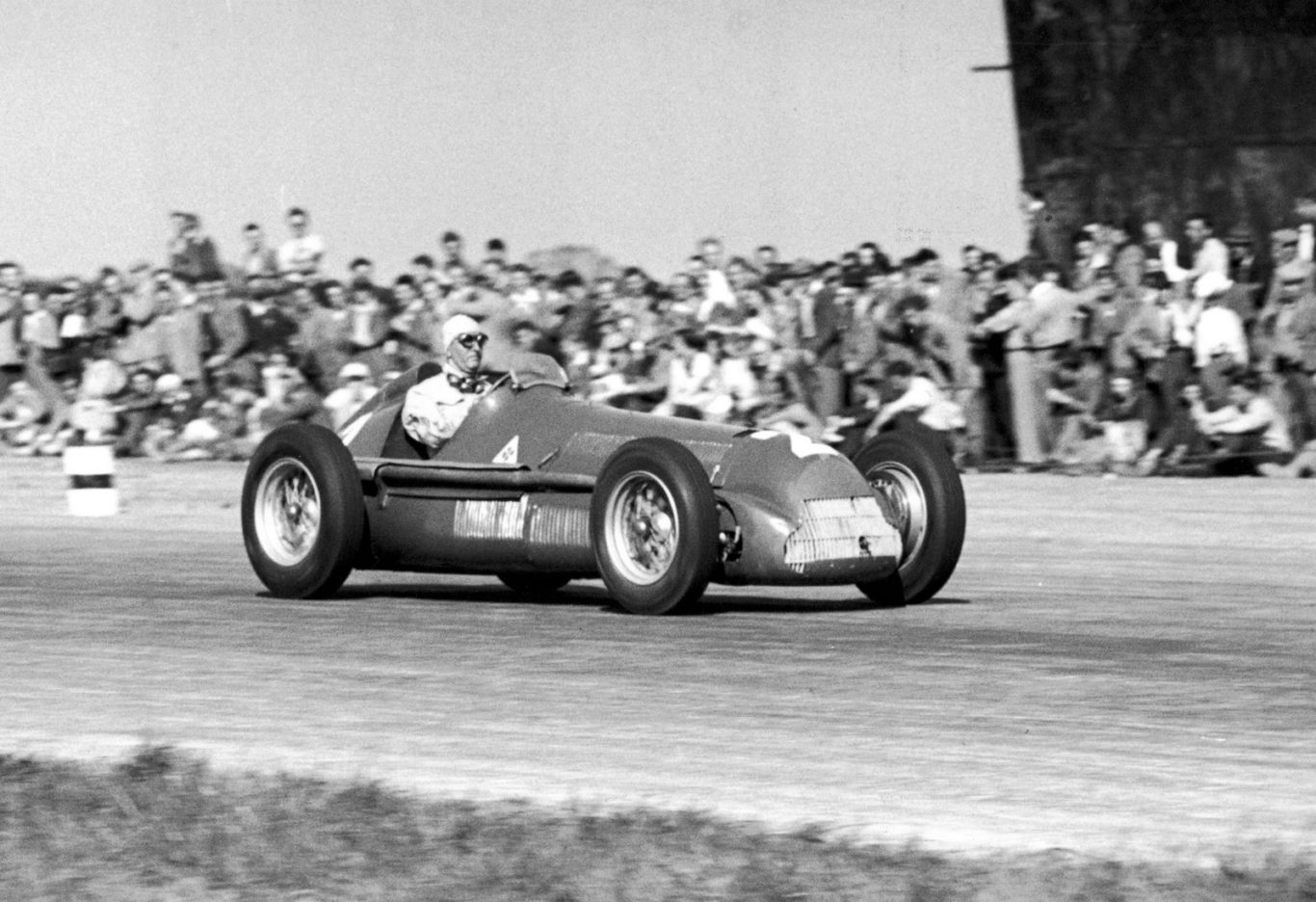 1950, this very first World Championship round was attended by George VI, Queen Elizabeth, Princess Margaret, and the Earl Countess Mountbatten of Burma. ParticipantsIn all, there were 22 competing, 21 qualified for race, and 11 classified. Numbers #7 and #13 were not assigned.

The #Alfa Romeo factory team arrived at the circuit with four 158s for Fangio, Farina, Fagioli domestic driver Reg Parnell. #Ferrari decided not to take part but there were a handful of Maseratis, one of them a factory car for Monegasque driver Louis Chiron. Scuderia Ambrosiana prepared two cars for David Hampshire and David Murray, Enrico Platé entered two drivers of aristocratic origin, Prince Bira of Siam and Baron Toulo de Graffenried. Joe Fry entered a private Maserati and Scuderia Milano entered Felice Bonetto, but he did not arrive. These cars were raced in Italian Rosso Corsa livery. Talbot-Lago sent over two factory cars in the traditional French pale blue colour to be driven by Yves Giraud-Cabantous and Eugène Martin. Other private Talbots were entered by Louis Rosier, Philippe Etancelin and Belgian Johnny Claes, in a yellow car. The rest of the field was made up of local machinery, which included four E. R. A. s and two Altas, in British racing green. The raceFarina was fastest in qualifying and the other three #Alfas were alongside him on the front row. The second row consisted of “B. Bira” in a Maserati and the two factory Talbots. In accordance with the standard at the time, the rest of the grid consisted of rows of four and three alternating, up to the sixth row. Felice Bonetto was the only driver who did not take part in qualifying and would not take part in the race. On May 13, 21 drivers from 9 countries were represented at the old Silverstone airport, 4 from France, 2 from Italy, 1 each from Belgium, Ireland, Monaco, Argentina, Thailand and Switzerland. The UK was represented by 9 drivers. The race drew 200,000 spectators. At the start of the race, Farina took the lead with Fagioli and Fangio in pursuit. In the early laps they switched around between themselves several times to keep everyone amused. Fangio retired with engine troubles and so Farina led Fagioli home by 2.5 seconds with Parnell a distant third despite hitting a hare during the race. The nearest challenger was Giraud-Cabantous two laps down, Bira having retired with a fuel problem. Crossley and Murray were duelling at the back before retiring, de Graffenried had done so on lap 34, while Chiron was demoted to the role of viewer 10 laps earlier. Giuseppe Farina led for 63 laps (19, 1637 and 3970). Luigi Fagioli led for 6 laps (1015). Juan Manuel Fangio led for 1 lap (38). Joe Fry drove car #10 for the first 45 laps, then Brian Shawe-Taylor took over for