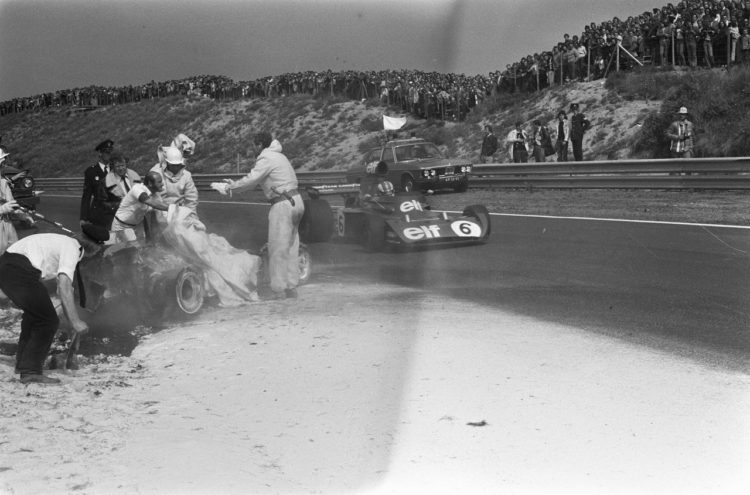 Driving by the wreck of Roger #Williamson’s car (which had crashed when he was going through the high speed esses, his car caught fire and he eventually died due to the fire, despite the fact that he wasn’t seriously injured by the crash itself).