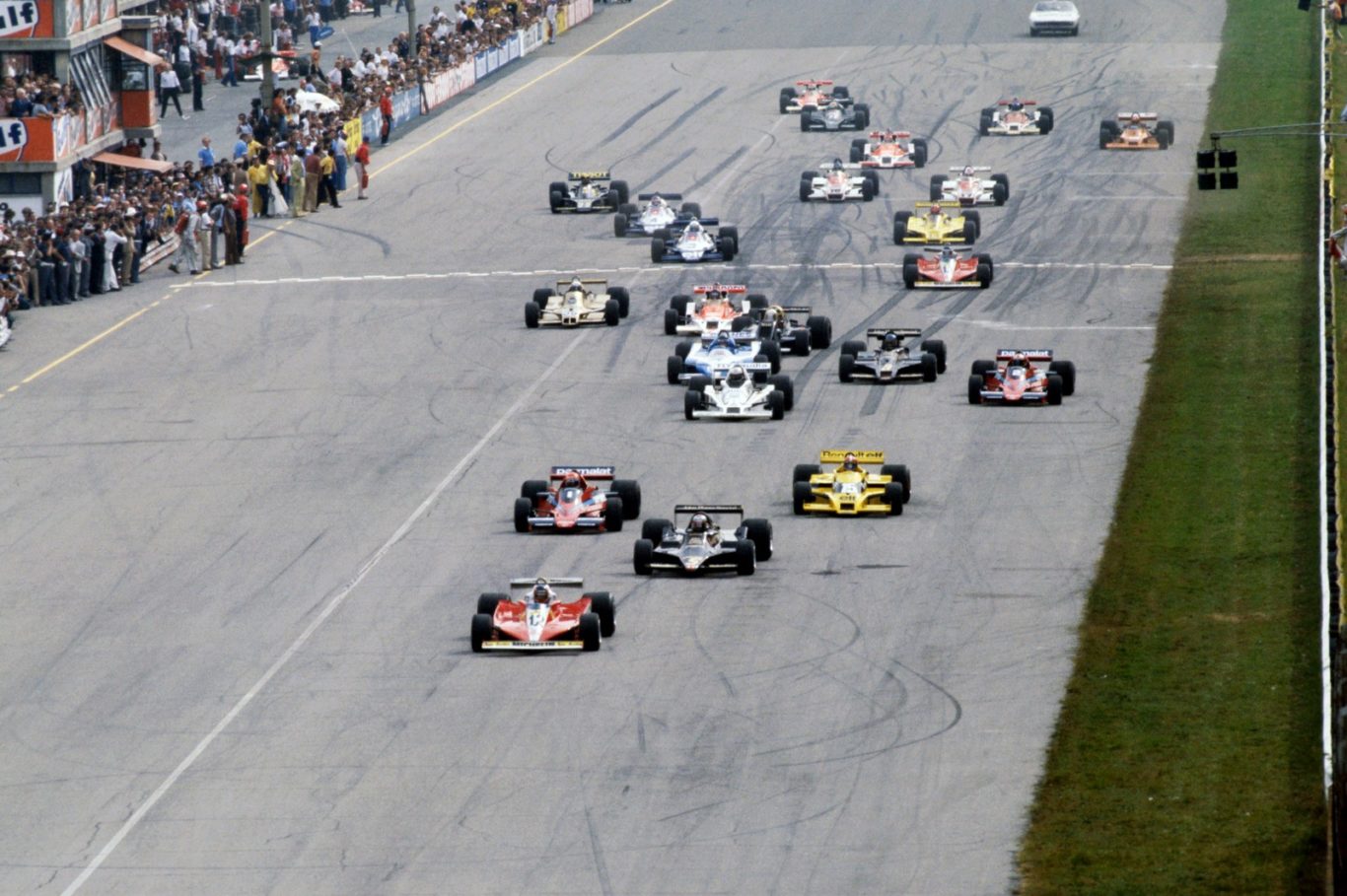 Race won by Niki Lauda (Parmalat Racing Team), followed by John Watson (Parmalat Racing Team) and Carlos Reutemann (Scuderia #Ferrari). The race starter was overenthusiastic, turning on the red lights before all the cars had lined up, and several cars in the middle of the field got a jump on those at the front. The result was a funneling effect of the cars approaching the chicane, and the cars were tightly bunched together with little room for maneuver.

James Hunt was overtaken on the right hand side by Riccardo Patrese and Hunt instinctly veered left and hit the rear right wheel of Peterson’s #Lotus 78, with Vittorio Brambilla, Hans-Joachim Stuck, Patrick Depailler, Didier Pironi, Derek Daly, Clay Regazzoni and Brett Lunger all involved in the ensuing melee. Peterson’s #Lotus went into the barriers hard on the right hand side and caught fire. He was trapped, but Hunt, Regazzoni and Depailler managed to free him from the wreck before he received more than minor burns. He was dragged free and laid in the middle of the track fully conscious, but with severe leg injuries. It took 20 minutes before medical help was dispatched to the scene. Brambilla ? who had been hit on the head by a flying wheel and rendered unconscious? and Peterson were taken to the Niguardia hospital nearby Milan. Following surgery, Peterson developed complications and died the following day of an embolism. ? Mario Andretti and Gilles Villeneuve finished 1st and 2nd but were assessed a 1 minute penalty for a jump start. ? Due to the long delay to clean up the debris from the opening lap accident, the race was shortened to 40 laps from the original 52, to avoid dusk. ? Peterson’s accident guaranteed Andretti the Driver’s Championship with two races left.