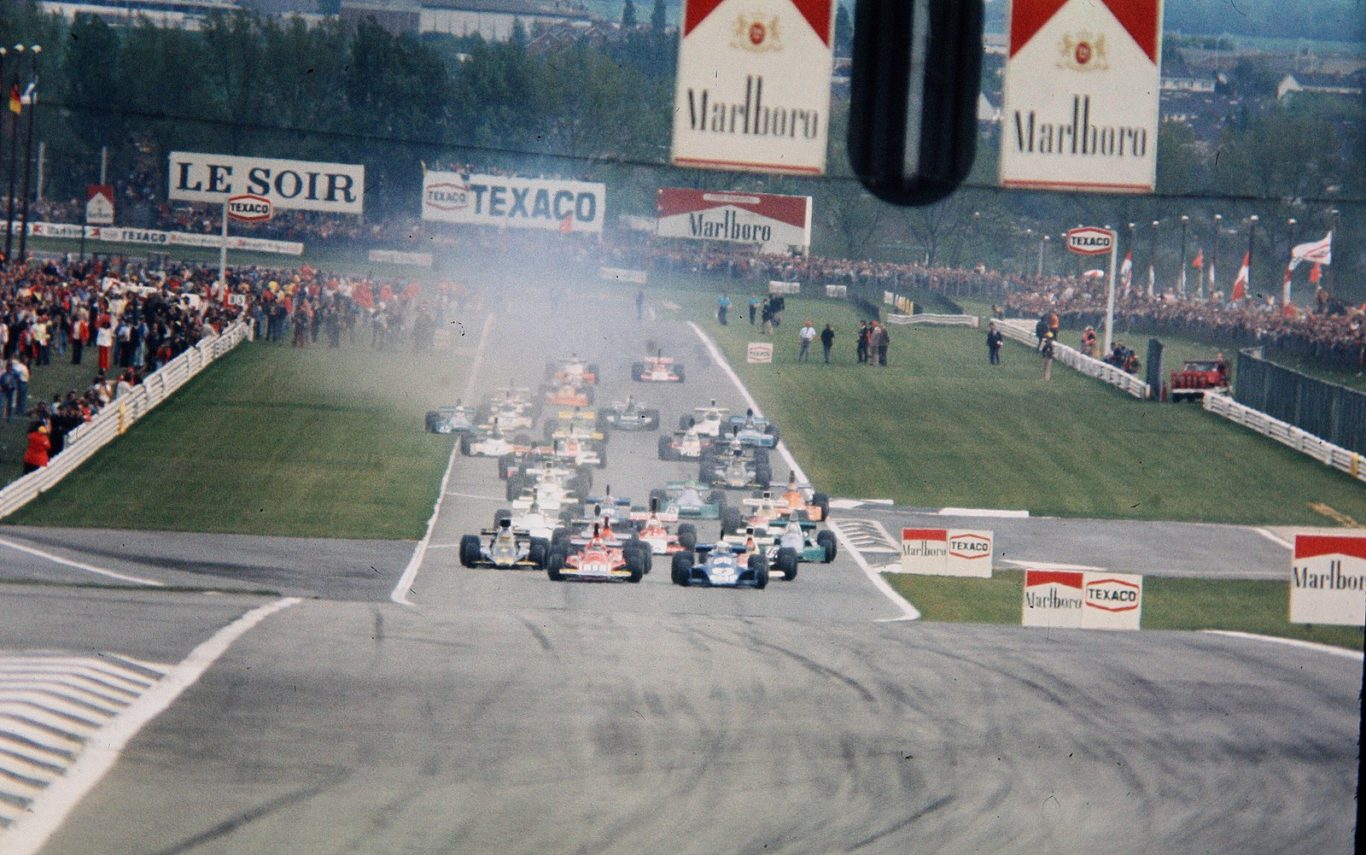 1971, the circuit hosted two rounds of the Formula One Belgian Grand Prix in

1974 during the time when the race was supposed to alternate between Walloon and Flemish circuits. Designed to be a safe alternative to Spa, Nivelles was perhaps too safe. It had massive runoff areas, was flat and featureless, and was described by many drivers as being bland and sterile.

Nivelles was not popular amongst the paying spectators since they thought that they were not close enough to the action. The track ran into economic problems very early in its life. The organiser went bankrupt in

1974. They were however able to find enough sponsors to organise that year’s Formula One race. In

1976 it was once again Nivelles’ turn to organise the Belgian Grand Prix, but the track was not considered safe enough for Formula One because of the condition of the tarmac. By

1980 the circuit was deemed too dangerous for car racing, but Motorcycle sport continued until

1981, the track was finally closed for good. Until the late

1990s the pit buildings and the circuit were left abandoned, and it was possible to drive illegal laps around the track. However, in the early 21st century the track was demolished and is now a part of an industrial estate, but it is still possible to see traces of the circuit. The fastest F1 lap at the circuit was set in