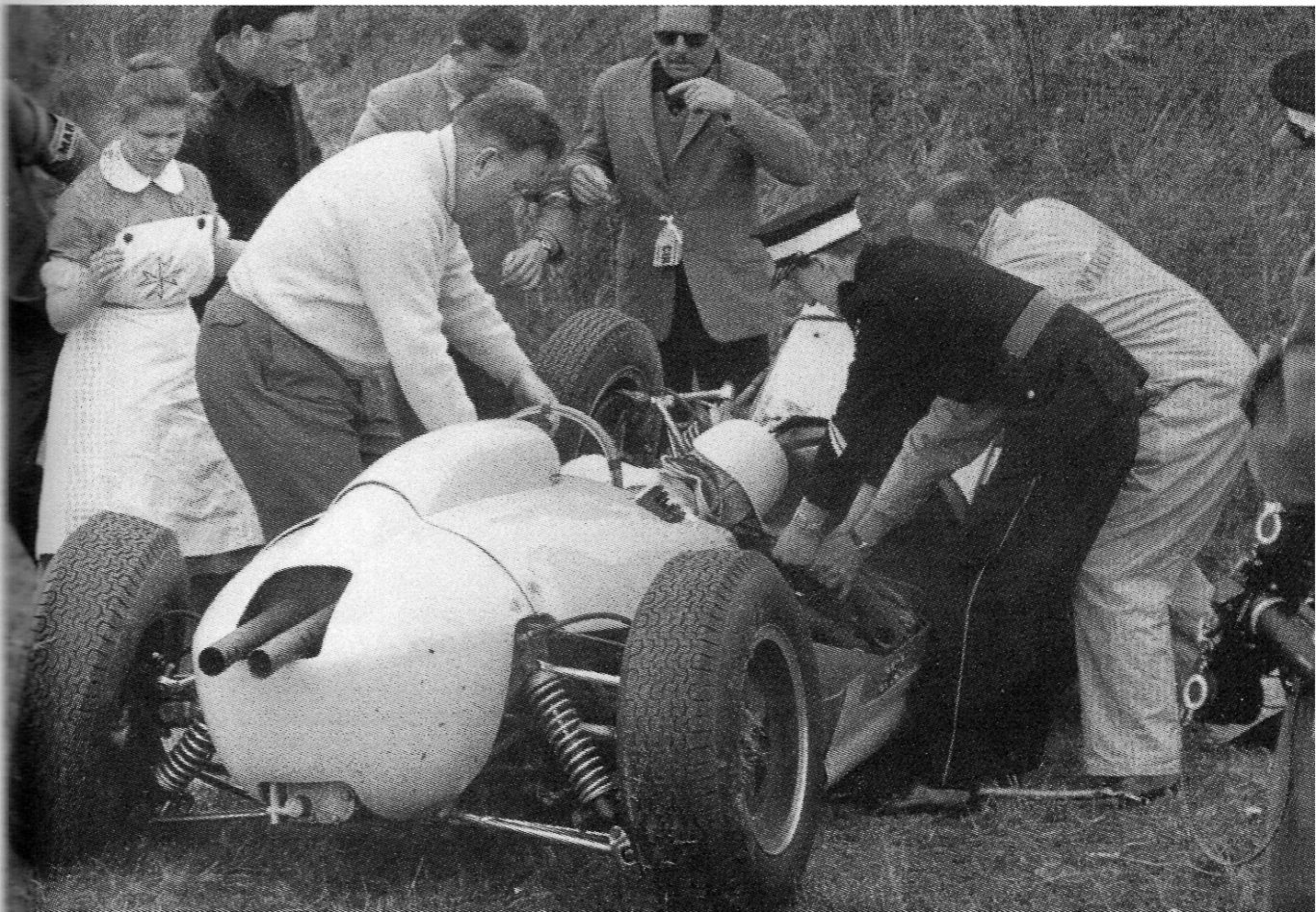 Stirling Moss’ accident during the Glover Trophy at Goodwood. The accident put him in a coma for one month and partially paralyzed the left side of his body for six months. He recovered but decided to retire from racing after a private test session in a #Lotus

During this session, he lapped a few tenths slower than before, and did not feel he had the command of the car to which he was accustomed. Many racing and medical observers have speculated that Moss simply tried to return too soon ? that another six months of recovery and training would have allowed him to regain most of the physical acuity that distinguished him.